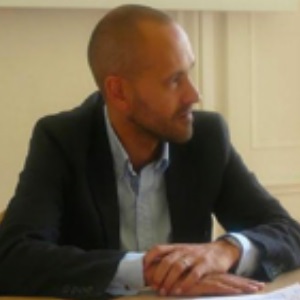 Jean-Philippe Denis holds a doctorate in management science and is a professor at the University of Paris Sud / Paris Saclay. He is a member of the RITM research center (Networks, Innovation, Territories, Globalization) and has been Editor-in-Chief of the Revue Française de Gestion since 2013. He coordinated the “Encyclopedia of Strategy” (Vuibert Editions) in collaboration with Taïeb Hafsi, Alain Charles Martinet and Franck Tannery.

He has published an “Introduction to Hip-Hop Management” (EMS – In Quarto). A regular columnist for The Conversation France, he has also developed, in collaboration with Xerfi Canal Productions, an innovative audiovisual promotion partnership, “Fenêtres ouvertes sur la gestion”, a series of programmes and interviews with management researchers broadcast via internet streaming platforms (around 300 programmes since 2014).

In 2015, he initiated with Michel Kalika and Alain Charles Martinet a collaborative research project on the management case between Société Générale and Jérôme Kerviel (https://wikisgk.com).

In 2016-2017, he was appointed member of the jury of the national competition for the recruitment of university professors in management sciences (Fabbe-Costes competition).